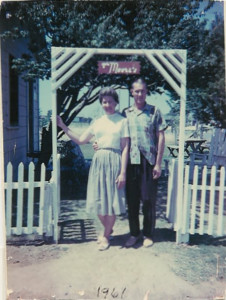 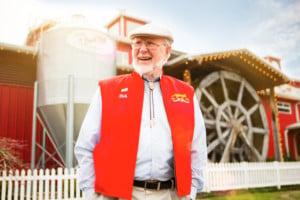 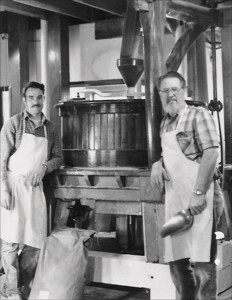 OREGON (CNN) — If Bob Moore is any example, doing what you love for a living and sharing your wealth with employees will keep you vibrant and happy well into your 90s.

Moore, who turns 91 this month but sounds like an exuberant man half his age, founded the whole grain flours and cereals company Bob’s Red Mill in 1978 with his now deceased wife, Charlee.

He still works full-time as the company’s president, having handed over the CEO title two years ago to his chief operating officer.

“I like business no matter how hard I have to work. I would rather do this than anything,” Moore said in a phone interview with CNN Business.

Moore’s dedication to growing Bob’s Red Mill over the past four decades has paid off.

Today it makes over 400 products, which are sold worldwide. The company wouldn’t share its current revenue numbers, but confirmed that Bob’s Red Mill generated more than $50 million in annual sales in 2018. The company now has nearly 600 employees, three times the number it had a decade ago.

In some ways, Bob’s Red Mill is the mother of all second acts. Moore was 49 when he launched the company. He had already had a varied career that included jobs working for others and eventually working for himself. Among his entrepreneurial ventures, he ran two gas stations in California — going broke on the second, as he tells it — and later a dairy goat farm.

Along the way, he developed an intense interest in stone-grinding mills, which went hand-in-glove with his and his wife’s philosophy of back-to-basics healthy eating. Charlee was the first to educate Moore on the benefits of eating wholesome foods and, together with their three sons, the family adopted a whole grains diet in the 1960s. They even bought a small mill in Redding, California, in the early 1970s that they named Moore’s Flour Mill. The flours the family produced there were sold locally. Two of their sons still run the mill today.

But by 1978, Moore had decided to switch gears entirely. He retired to Oregon with his wife to study the Bible in Hebrew and Greek.

Within a few months of enrolling in seminary, however, he saw an old stone-grinding flour mill for sale while out for a walk and knew he had to go back into business. Charlee was a little surprised. “I can still hear her. My wife said, ‘But I thought we were going to read the Bible,'” he recalled.

Bob’s Red Mill grew quickly. After three years in business, Moore decided to start a profit-sharing plan for his employees. “The Bible says, ‘Do unto others as you would have them do unto you,'” he noted. And he figured if he were an employee, he would want a piece of the profits he was helping to create.

Initially, payouts weren’t regular because profits weren’t always high enough, he said. But for the past 29 years, Moore’s employees have been receiving monthly profit-sharing checks on top of their regular pay.

“I wanted everyone to share in the profits of the company. It has increased paychecks by a nice amount. I’m more proud of that than anything,” Moore said.

Moore and his wife took on a handful of partners over the years. By 2010, Moore and his four partners at the time, which included Charlee, were all close in age and some were contemplating retirement from the business. As for Moore, he was trying to plan for the time when he would no longer be around. He knew he didn’t want to sell the company, despite numerous offers to do so, he said.

So he and his partners decided to give employees an ownership stake in the business by granting them shares through an Employee Stock Ownership Plan (ESOP). The company pays employees for their shares five years after they leave the company or at retirement age, whichever comes first.

Today, the employees own nearly two-thirds of Bob’s Red Mill. And plans are in the works to increase their share to 100% in the coming months.

After all, Moore said, “You can’t take it with you.”

Apart from wanting to reward his teams’ hard work, which has made the company a success, Moore says he likes that a profit-sharing plan and an ESOP let employees see a direct benefit from their efforts and teach them to think like a boss. “The harder they work, the more they get.”

White House liaisons being removed from their jobs and replaced

Stellar deals at Caribbean and Mexican hotels and resorts

More than 240 schools in US are named after a Confederate leader. About half serve majority Black or nonwhite students