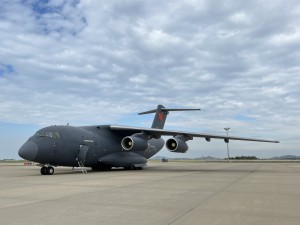 A Chinese People’s Liberation Army Air Force Y-20 transport taxis out to the runway at Incheon International Airport in South Korea on September 16 with the remains of 88 fallen Chinese soldiers from the Korean War aboard.

They were tortured under Philippine dictator Ferdinand Marcos Snr. Now they fear their stories are being erased