As grief grips Colorado Springs after a mass shooting at an LGBTQ nightclub, officials are investigating whether it was a bias-motivated crime 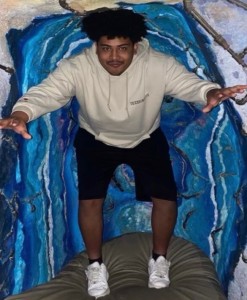 The Colorado Springs Police Department released this photo of Raymond Green Vance, one of five people killed in the shooting at Club Q in Colorado Springs, Colorado. The CSPD says that Vance’s pronouns were he/him