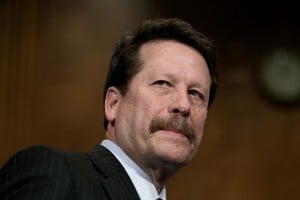 President Joe Biden recently held a call with Dr. Rob Califf, the former FDA commissioner, who is now under consideration to lead the agency again, according to two people familiar with the conversation.

The call last week was seen as a next step in Califf’s vetting for the job, which acting commissioner Dr. Janet Woodcock currently holds, though a final decision has not been made.

For nine months, Biden struggled to find a candidate who is both qualified and could win Senate confirmation. The White House ruled out Woodcock after it became clear she would face steep opposition from a handful of lawmakers, including West Virginia Democratic Sen. Joe Manchin, for how liberally the FDA approved opioids when she ran the drug division within the agency.

Woodcock cannot legally stay on as the acting head past November 15 unless a permanent commissioner has been nominated. A White House official told CNN no final decision has been made as of Sunday. Politico previously reported a conversation between Biden and Califf.

The deadline comes as the White House has another key health leadership role to fill, with the decision of Dr. Francis Collins, the National Institutes of Health director, to step down by the end of the year. Collins has led the agency for more than a decade.

Sources close to the FDA nomination process have said the administration spent time over the last 10 months looking at recommendations for the role, including from former FDA commissioners, and even putting some candidates through a vetting process, only to come up short so far.

There has been an emphasis on looking for someone who understands the communication challenges of public health and the agency, rather than just focusing on an academic — prompted by what some see as verbal missteps from Dr. Rochelle Walensky, who helms the US Centers for Disease Control and Prevention.

Complicating matters even more is some recent internal turmoil at the agency.

Two senior leaders in the vaccine review office recently announced they were stepping down, as the agency has been working toward high-profile decisions around Covid-19 vaccine approvals, authorizations for younger children and booster shots. The retirements of Dr. Marion Gruber, director of the Office of Vaccines Research and Review at FDA’s Center for Biologics Evaluation and Research, and Dr. Philip Krause, deputy director of the office, were announced in an internal agency email.