Dionne Warwick is not a fan of upcoming Whitney Houston biopic 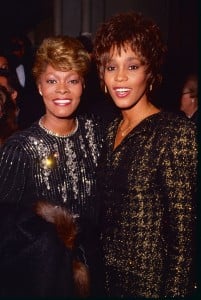 Dionne Warwick is not a fan of upcoming Whitney Houston biopic

Dionne Warwick is not on board with the forthcoming Whitney Houston biopic.

Warwick, who is a cousin of the late singer, who died in 2012 at the age of 48 after an accidental drowning, told the Los Angeles Times, “I want them to let Whitney rest in peace.”

“Leave her alone,” Warwick said. “Ten years [since she died] — it’s time to let her sleep.”

“I Wanna Dance with Somebody,” is set to star British actress Naomi Ackie as Houston and Ashton Sanders as singer Bobby Brown, who was married to Houston from 1992 to 2007.

The film has been approved by Houston’s estate, is being produced by her mentor Clive Davis, who signed her to Arista Records, and directed by Kasi Lemmons.

RAW: NICOLE KIDMAN IS LUCILLE BALL IN 'BEING THE RICARDOS'