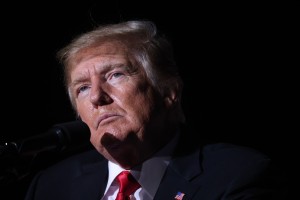 Former President Donald Trump speaks to supporters during a rally at the Iowa State Fairgrounds in October 2021, in Des Moines, Iowa. Facebook’s fact-checkers will need to stop fact-checking Trump if he announces that he is running for president.

Former Pence aide: Trump has 'descended deeper into the heart of darkness'

RAW: CO: CLUB Q SHOOTING: FIERO: I GOT TO PROTECT MY KID

Police officers across the US have quit their jobs in recent days. Here is where there have been resignations