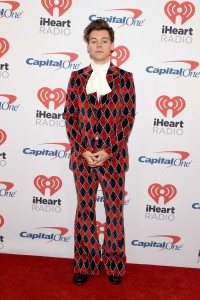 Harry Styles is reportedly joining MCU as Eros, brother of Thanos in “Eternals.”

The “Watermelon Sugar” singer is a surprise addition to the franchise and viewers who got an early look at the film spotted him in a post-credits scene after the movie played at the El Capitan Theatre in Hollywood this week.

Eros, according to Marvel, is able to psychically control people’s emotions and pleasure centers.

Styles, currently on his “Love on Tour” tour, will also star in Olivia Wilde’s “Don’t Worry Darling,” scheduled for a 2022 release.

The movie is scheduled for release on November 5.