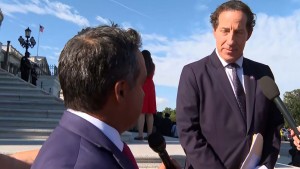 Rep. Jamie Raskin revealed on September 22 the identity of a former Twitter employee whose anonymous testimony raising concerns about former President Donald Trump’s comments on the social media platform was featured at a hearing this summer.

'There used to be houses here': CNN flies above Ian devastation