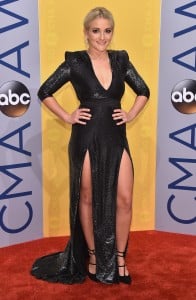 An organization devoted to mental health and addiction recovery has declined an offer of proceeds from a forthcoming book by Jamie Lynn Spears.

In October, Spears posted on her verified Instagram account about her new book, “Things I Should Have Said.”

“I know I still have ALOT of learning to do, but I feel like finishing this book gave me closure on this ’30-year long’ chapter of my life, and hopefully helps anyone else out there who forgot their worth, lost their voice, or is trying to break an unhealthy cycle in their life,” Spears wrote in the caption.

“Which is why, I’m so happy to announce that a portion of my book proceeds will be going to @thisismybrave, because I know how scary it can be to share personal struggles, especially if you don’t feel you have the support or a safe space to do so, and they are doing amazing work to support and encourage people as they bravely share their experiences,” she added.

That did not sit well with some supporters of her older sister, who don’t believe Jamie Spears has been supportive enough of Britney Spears during her conservatorship.

“We heard you. We’re taking action,” a statement on This Is My Brave’s Instagram account read. “We are deeply sorry to anyone we offended. We are declining the donation from Jamie Lynn Spears’ upcoming book.”

Back in July, Britney Spears criticized her sister while describing how she has felt living under conservatorship.

“I don’t like that my sister showed up at an awards show and performed MY SONGS to remixes !!!!! My so-called support system hurt me deeply !!!!,” Britney Spears wrote on Instagram.

The younger Spears had earlier spoke out about her sister on social media.

“Maybe I didn’t support her the way the way the public would like me to with a hashtag on a public platform, but I can assure you I’ve supported my sister long before there was a hashtag and I’ll support her long after,” Jamie Lynn Spears said.

CNN has reached out to reps for Jamie Lynn Spears and This Is My Brave for additional comment.