In his ruling that a child sexual abuse lawsuit against Prince Andrew can move ahead, Judge Lewis Kaplan took several pages to flatly reject the royal’s argument that the law undergirding the entire case is unconstitutional.

“Defendant is not the first litigant to advance this argument, which has been rejected by every New York state and federal court to have encountered it,” the federal judge wrote in the 46-page decision. “And it has been rejected repeatedly for good reason.”

The concise rejection represents a clear message from the courts: The Child Victims Act, the basis for Virginia Giuffre’s lawsuit against Prince Andrew, is here to stay.

“I see this ruling as very important, as another step in terms of really acknowledging the right of survivors to really bring their case to court,” said Liz Roberts, the CEO of Safe Horizon, which advocated for the law for years.

Enacted in 2019, the Child Victims Act created a one-year lookback window — later expanded to two years due to the pandemic — in which victims of child sexual abuse could file a civil lawsuit against a person or institution, no matter how much time had passed since the abuse. The law also expanded the statute of limitations for potential child sexual abuse cases going forward.

Previously, child sex abuse cases in New York could not be prosecuted more than five years after the crime occurred, and civil lawsuits had to be brought within three years after the victim’s 18th birthday.

The idea of the Child Victims Act was that many victims of child sexual abuse take years to publicly speak about their traumas, and this law would give them an opportunity to finally have their day in court.

“For many survivors, it feels like a chance to have some kind of public social acknowledgment of terrible abuse they suffered, to confront the person who harmed them, or the institution, and to really speak the truth of what happened to them, and in some cases to receive compensation for what they suffered,” Roberts said.

The lookback window opened in August 2019 and closed in August 2021. Over 10,600 child sexual abuse lawsuits were filed in New York in that period, according to New York Courts spokesman Lucian Chalfen.

One of those plaintiffs was Giuffre, who filed suit in the final week of the lookback window. In her lawsuit, Giuffre alleged that Prince Andrew sexually abused her when she was a minor at Jeffrey Epstein’s home in Manhattan, Epstein’s private island in the US Virgin Islands and at the London home of Epstein’s close associate Ghislaine Maxwell.

Prince Andrew has denied the allegations. He can still choose to appeal the ruling.

Epstein, who pleaded guilty in 2008 to state prostitution charges, was indicted on federal sex trafficking charges in July 2019 and died by suicide in prison a month later. Maxwell, his former girlfriend, was arrested a year afterward and accused of facilitating Epstein’s abuse scheme. A jury convicted her in late December on five federal counts, including sex trafficking a minor and conspiracy.

Why the judge upheld the Child Victims Act

The prince’s attorneys had pushed to get Giuffre’s lawsuit dismissed and put forth several arguments to do so. One of those was that the Child Victims Act was unconstitutional because it violated due process rights for those accused of wrongdoing.

The law has previously been upheld by other judges, including back in May 2020 in a lawsuit against the Diocese of Rockville Centre on Long Island.

In his ruling Wednesday, Kaplan cited a handful of cases in which judges had rejected that constitutional argument. He described the Child Victims Act’s lookback window as a “reasonable measure to address an injustice and well within the bounds of the new legal standard articulated shortly before its passage.”

Barry Salzman, an attorney who has represented pro bono sexual abuse survivors in cases against the clergy and Epstein, said such lookback windows, also known as statute of limitation revival laws, have long been seen as constitutional. The prince’s argument against the law is going to fail, he told CNN.

Salzman praised the judge’s ruling and said he was glad to see the case move forward.

“As a lawyer who has advocated for victims for so many years, I’m really happy to see legislation like the CVA which has really allowed all these survivors to get their day in court,” he said. “I think it really speaks to more openness or acceptance in our society to believe these people.”

Roberts, too, said Safe Horizon had advocated for the law for a decade, and lawyers had closely crafted the language of the law. She said the argument that defendants lose their due process was “specious.”

“All the law does is give them an opportunity to go to court. They still have to prove their case,” she said. “The defendant has access to all the usual protections in court as a defendant in lawsuit.” 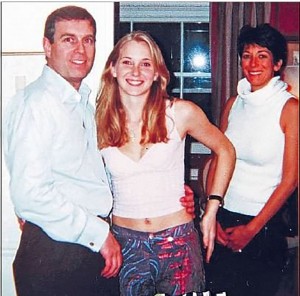