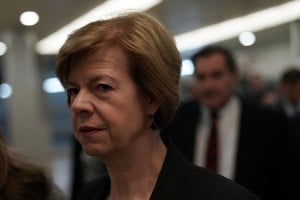 Senator Tammy Baldwin, a leading Democratic negotiator on a bill that would codify same-sex marriage nationwide, said that they need more time to negotiate the issue with Republicans and wants to delay any vote until after the November midterm elections..

A mysterious nine second call from the White House to January 6 rioter, but no clear answers why