America’s worker shortage is alive and well, much to the misfortune of US companies that need staff to keep up with demand.

The National Association of Business Economics (NABE) found that nearly half — 47% — of respondents to its Business Conditions Survey reported a shortage of skilled workers in the third quarter. That’s up from 32% reporting shortages in the second quarter of the year, which already was too high for comfort. And nobody thinks the labor shortages will just disappear as 2021 turns to 2022.

Labor shortages are now a hallmark of the recovering pandemic economy, most prevalently in the goods-producing sector, according to the NABE survey. Companies have a hard time attracting the workers they need to feed increased demand from consumers, while the risk of infections remains. Some people are also waiting for the right opportunity to come along before they return to the labor force, quit in order to take better positions or are kept home due to family and care responsibilities.

From the companies’ point of view, 27% cited they had not received enough applications, while 20% reported the job seekers who apply don’t have the right skills.

Holding back the recovery

While retaining existing workers and attracting new ones is top of mind for businesses, their second major challenge centers on rising prices and supply chain chaos.

One-third of survey respondents called the increased price pressures the biggest downside risk to their operation. Perhaps more eye-opening: not a single business that took part in the survey had lowered prices in the third quarter and none expect to cut prices over the next three months, either.

So far, higher prices haven’t kept consumers from spending, but economists worry this could happen in the future. And that would be really bad news for the recovery.

Even though the NABE survey found that business conditions remained strong between July and September, survey respondents cut their expectations for the next four quarters ever so slightly.

Between Q3 2021 and Q3 2022, some two thirds of respondents expect US gross domestic product — the broadest measure of economic activity — to grow between 3% and 5.9%. Pre-pandemic that would have been grounds to celebrate, but in the recovery above average performance is needed to get back to normal. 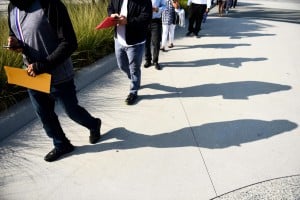