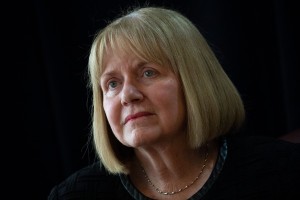 A New York judge appointed retired Judge Barbara Jones to serve as monitor over the Trump Organization after both the New York attorney general’s office and former President Donald Trump nominated her for the position. Jone is seen here in September 2018.

South Koreans are about to get a year or two younger, thanks to a new law