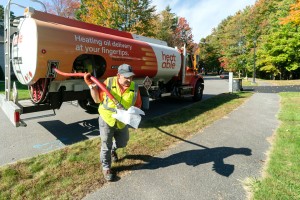 Never before has there been so much federal aid to help struggling Americans pay their home heating bills.

Still, it likely isn’t enough to meet the need.

Congress has more than doubled the amount of funding for the Low Income Home Energy Assistance Program, known as LIHEAP. An additional $4.5 billion in American Rescue Plan Act money is flowing into the program, on top of the approximately $3.9 billion appropriation that Congress has proposed for fiscal 2022.

The surge in aid comes as families have yet to dig out of the deep hole they fell into during the first year of the pandemic. Americans fell behind on their natural gas and electric bills by as much as $35 billion, up from an average of $12 billion, said Mark Wolfe, executive director of the National Energy Assistance Directors’ Association. The amount has since drifted down to about $20 billion.

And it comes as consumers are facing a massive hike in heating costs for the winter. They are expected to pay 54% more for propane, 43% more for heating oil, 30% more for natural gas and 6% more for electric heating, compared with last winter, according to the US Energy Information Administration. They’ll spend even more if the winter is colder than forecast.

“During the winter heating season, the cost of gasoline and home heating — the additional costs — will be more than the average family spends on Christmas presents,” Wolfe said. “The prices have gone up so high and so fast.”

The rising costs also means the additional federal funds won’t go as far as hoped when the relief bill was signed in March.

Deploying this unprecedented amount of aid is another matter.

About 5 million households typically receive assistance with heating bills from LIHEAP, but that number could double with the additional aid, Wolfe said. Those who make either 150% of the federal poverty line, which is about $39,750 for a family of four, or 60% of their state median income, whichever is higher, are eligible.

The pandemic relief funds, meanwhile, have different eligibility criteria and can help a wider swath of households, including middle-income families who don’t qualify for LIHEAP.

But many state and local governments, along with their community partners, are overwhelmed with demand and short-staffed. They have to update their applications and systems to handle the relief money, identify struggling families who can benefit and encourage them to apply. And they are enlisting more local groups and utilities to get the word out that additional help is available.

Another complication: Some people don’t consider themselves low-income or don’t want to be viewed as such. So they don’t inquire about LIHEAP.

“We’ve been working hard to make sure that we connect with families that are vulnerable who have maybe never been vulnerable before,” said Katrina Metzler, executive director of the National Energy & Utility Affordability Coalition.

The Biden administration last week called on utility companies that receive public funding to help speed the delivery of federal assistance and to prevent shut-offs this winter. The White House hosted a meeting of federal and state officials, as well as utility companies, to review the resources available.

Connecticut, for instance, is working with its utilities to identify renters who are behind in their bills but not receiving any rental or utility aid. These residents then receive emails and robocalls to connect them with assistance. Thousands have already been helped, said Gov. Ned Lamont, a Democrat, in a statement.

Utilities are looking to help their struggling customers so they don’t have to raise everyone’s rates to make up for the arrears, said Juan Alvarado, director of energy analysis for the American Gas Association.

“A lot of utilities are doubling their efforts in terms of trying to help people be aware of this and get the money they need,” he said. “That benefits everyone, including the utilities.”

In Iowa, IMPACT Community Action Partnership has ramped up its messaging on social media, particularly Facebook and Twitter, to let residents know about the enhanced assistance, said Anne Bacon, executive director of the nonprofit group that serves five counties in the central part of the state. It is also reaching out to additional agencies, including public health departments, to spread the word.

While the billions of additional dollars will help, it is not sufficient to fully wipe out the arrears and cover the costly heating season that lies ahead.

Agencies must also balance giving more money to fewer people or less money to more of those in need — typically, about one in six households eligible for LIHEAP are helped.

Iowa is getting an additional $78 million in LIHEAP aid, on top of the $54 million it receives from the traditional program, said Bill Marquess, LIHEAP program planner for the state. That is allowing it to provide larger grants to families to help them clear past-due bills and furnace repairs or replacements.

IMPACT Community Action Partnership typically assists up to 14,000 households in accessing LIHEAP funding. It expects to work with roughly 650 to 700 more families this season, Bacon said. But it could do even more.

“Even with the large increase in funding available, if every household that qualified and needed assistance applied, the funding wouldn’t be enough to meet the need,” she said. “In a typical year, our agency serves less than 30% of the families that qualify.”

The nonprofit is also contending with staffing constraints. It’s had trouble retaining enough employees to handle the demand, said Bacon, who would like to hire 10 more workers. And it’s not easy to find folks with the right skills and necessary empathy for the job.

For some people, the full impact of higher prices is yet to come. Those who heat with oil and other retail-delivered fuels typically use half of their supply between mid-December and mid-February, said Sean Cota, CEO of the National Energy & Fuels Institute.

NEFI is sending alerts and developing a policy document so the roughly 11,000 people in the industry can help customers who may struggle with the bigger bills this season.

“If they need additional assistance, this is the year where there is more assistance available,” said Cota.