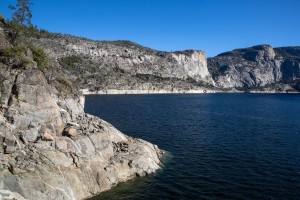 San Francisco declared a water shortage emergency and is calling for a 10% reduction across its regional system, Mayor London Breed announced Tuesday.

“With California still experiencing devastating drought and the uncertainty around this rainy season, we need to make tough decisions that will ensure that our water source continues to be reliable and dependable for the future,” Breed said.

“Year after year, San Franciscans step up to conserve our most precious resource, resulting in one of the lowest water usage rates in California, and during this critical time, I know that our City will once again meet the call to reduce water use.”

The San Francisco Public Utilities Commission (SFPUC) unanimously approved the emergency measure, which applies to all 2.7 million customers in Alameda, Santa Clara, San Mateo, and San Francisco counties, according to the mayor’s office.

Gov. Gavin Newsom issued a statewide drought emergency proclamation last month. The proclamation allowed the governor’s office to help fund response to the drought and the delivery of water.

California has had a rough year, suffering through high temperatures and low precipitation. Both are factors, when combined with the existing climate change crisis, that contributed to a devastating wildfire season. The state is experiencing its worst drought since the late 1800s, as measured by both lack of precipitation and high temperatures, the governor’s office said.

The SFPUC declaration allows the agency to access water reserves and resources during an emergency. It also includes a temporary drought surcharge for customers of up to 5% on their bills which will go into effect April 1, 2022. The average residential customer surcharge is estimated at about $6 per month if they make no changes in water use.

“We are in a drought with far-reaching consequences, and it has become clear we all need to do even more to address it,” SFPUC General Manager Dennis Herrera said. “San Franciscans have been doing their part and have some of the lowest water usage in the state. This emergency water shortage declaration will help all of our customers pull together and move in the same direction.”

The mayor noted the average San Franciscan “uses 42 gallons of water per day at home … less than half of the statewide average of about 90 gallons per person per day.”

Water year 2021 — which ran from October 1, 2020, to September 30, 2021 — was California’s second-driest on record, based on statewide precipitation, with the driest being 1924, according to a report from the state’s Department of Water Resources.

“Water Year 2021 … was an extreme year in terms of temperature and precipitation, and it followed a Water Year 2020 that was likewise warm and dry,” according to the report published in September.

Lake Powell and nearby Lake Mead, the nation’s largest reservoir, have drained at an alarming rate this year. The reservoirs, fed by the Colorado River watershed, provide a critical supply of drinking water and irrigation for many across the region, including rural farms, ranches and Native communities.