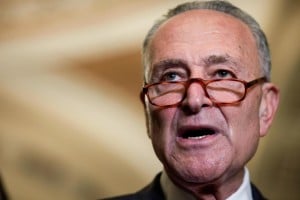 Senate Majority Leader Chuck Schumer is still insisting that President Joe Biden’s Build Back Better bill can pass his chamber by Christmas — even as doubts grow that such a timeline is achievable given the procedures of the Senate and the lingering differences among Democrats.

In a letter to his caucus Monday, the Senate Democratic leader said that the next two weeks will involve ensuring that the sweeping expansion of the social safety net passes muster with the Senate parliamentarian and meets its strict budget rules, a process known on Capitol Hill as the “Byrd bath.”

“Now that the House has passed the reconciliation bill, our goal in the Senate is to pass the legislation before Christmas and get it to the President’s desk,” Schumer said in the letter.

Going through that process alone could take consideration of the bill all the way up to the week of Christmas. And there are still significant differences remaining over the policies — namely from Sen. Joe Manchin of West Virginia over how to deal with an expansion of Medicare, methane fees on energy producers and tax provisions he wants to see changed. Moreover, there is still disagreement over treatment of state and local tax deductions favored by Democratic leaders and resisted by a number of rank-and-file Democrats and liberals such as Vermont independent Sen. Bernie Sanders.

All of which puts Schumer’s Christmas deadline in doubt. Even if a deal is reached on any of those issues, going through the formal process of getting cost estimates from the Congressional Budget Office and meeting the test under the budget rules can take weeks. Manchin and Sen. Kyrsten Sinema of Arizona have both voiced doubts that a bill can pass before Christmas.

“I am confident that senators will have ample time to review the text and CBO scores,” Schumer said.