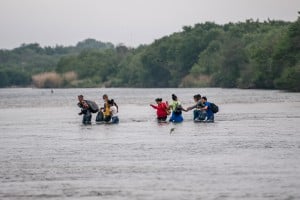 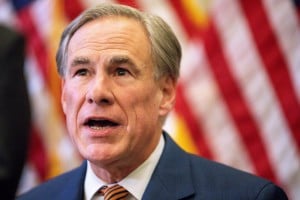 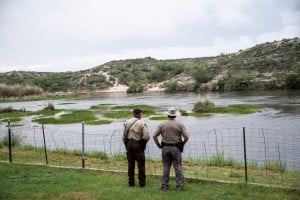 The 27-year-old man tried to hold it together as he walked to his cell. It was weeks since he had been arrested. Weeks with no charges and no access to an attorney, he told CNN. Worst of all, two weeks without being able to talk to anyone on the outside, especially his wife and 7-year-old son.

Emotions took over. “I started crying,” he told CNN, remembering that time.

Amid his isolation, in an orange jumpsuit, all he had was his faith.

“I thanked God for the good and the bad I was going through,” he said.

The man, now with an attorney, spoke to CNN on Zoom, asking for anonymity as he is still in jail and fears retribution.

An undocumented migrant from Mexico, he crossed into Texas hoping to make a better life for himself and his family.

That he was apprehended and detained after crossing the Rio Grande is not surprising. It’s what happened next.

The man was held in jail for 52 days before he was charged with the misdemeanor offense of criminal trespass, his attorney says. For 43 of those days — more than six weeks — he had no access to a lawyer, he told CNN. And the man said there were long gaps, sometimes two weeks, when he was not allowed to make any phone call to tell his wife how he was.

His story is among claims by hundreds of migrants who, through their attorneys and court documents, say their constitutional rights are being violated under an effort spearheaded by Texas Gov. Greg Abbott to arrest undocumented immigrants for trespassing onto private property.

A recent state legislative committee hearing heard from the Texas Indigent Defense Commission (TIDC) that 155 arrestees went weeks without counsel, an apparent affront to the Sixth Amendment that gives rights to “the accused” in a US jurisdiction, not just citizens.

And court records show more than 200 men, some of whom had been detained for more than a month without being formally charged, were released on zero bond last month.

Attorney Amrutha Jindal says it’s almost like the detainees disappeared in the system.

“Because charges hadn’t been filed against them, there was no official record in the clerk’s office that they were even, that they even existed,” said Jindal, who says she is representing more than 20 men who were arrested in early August but weren’t given attorneys until toward the end of September.

The fanfare and the reality

Abbott announced an additional effort to arrest migrants under his already established Operation Lone Star to a cheering crowd in June, promising a surge of personnel and resources to combat what he called a crisis of human smuggling and drug smuggling at the border.

A key new tactic was arresting suspected undocumented immigrants for trespassing onto private property after crossing the border.

“You have very dangerous people who are involved in human trafficking, drug trafficking, people that if you encounter, you don’t know if you’re going to walk away safely from,” Abbott said of the targets. But so far, most of the people arrested under the policy don’t meet that profile.

Many are actually asylum seekers, according to an attorney whose legal aid group represents more than 500 of the total 1,300 people reported arrested on suspicion of criminal trespass by the Texas Department of Public Safety.

“Many of them are here seeking asylum. They are educated. I have had a constitutional law professor from Venezuela. I’ve had a professional baseball player from Venezuela. We have journalists, political activists, [and] university students,” Kristin Etter of Texas Rio Grande Legal Aid told a Texas legislative committee this month.

Many cases are not being prosecuted. David Martinez, the Val Verde County Attorney in charge of prosecuting misdemeanors, says from June to September he rejected or dismissed about 40% of Operation Lone Star cases.

In about 70% of those cases, he did so because the migrants were seeking asylum. In other cases, he has been troubled by the circumstances of the arrests themselves.

To illustrate his point, he plays video from a body camera worn by a Texas Department of Public Safety trooper.

Two state troopers stand by an open gate facing the Rio Grande and Mexico beyond. The gate leads to a fenced property and appears to have “no trespassing” signs.

As the first of three people approaches the troopers, Martinez critiques their actions.

He replays the video that, Martinez says, appears to show a Texas state trooper directing the migrants onto the private property before arresting one of them for trespass.

Martinez said he rejected the case.

The Texas Department of Public Safety declined to comment to CNN about that case.

Martinez has more. He pulls a file he says contains the cases of 11 other migrants who alleged that law enforcement zip-tied them in pairs, walked them about 20 minutes and made them scale a 10-foot fence. They were later arrested by state troopers for criminal trespassing, documents show.

“Immediately, I noticed that there was no supplemental reports from Border Patrol,” Martinez said. “In Texas there’s a directive to all troopers that they are to wear body cams. When I first received the case, there were no body cams.”

It was another case that Martinez declined to prosecute.

“My concern was I didn’t have tangible evidence that I could rely on,” Martinez said. “So, I made the decision to dismiss the case.”

In a statement to CNN, US Customs and Border Protection said the 11 men fled onto private property when they were stopped by agents.

Texas DPS did not answer CNN’s questions. But the agency told The Texas Tribune the migrants’ claims were inaccurate.

The TIDC says all agencies involved are now meeting regularly to ensure arrestees are getting legal advice in a timely manner.

That follows questions about how prepared a tiny rural county like Kinney County, next-door to Val Verde, was to deal with arresting migrants for trespassing. CNN asked TIDC executive director Geoff Burkhart if Kinney County was overwhelmed.

“I think a county like Kinney County, where you only have 4,000 people living there and you have one county attorney, they’re certainly not prepared for the volume of cases,” Burkhart said. “And that’s why the state became involved.”

But even with the state promises, two migrants who talked to CNN last week said they knew several men in their jail pods who had been waiting up to three months to talk to a lawyer.

One said the unrepresented men begged the others to raise their cases.

CNN raised the concerns with the TIDC. The commission said it then located at least one person arrested in May and held in jail who did not have a lawyer. That person was assigned counsel Thursday night.

And as the cases languish, the costs rise.

Abbott signed laws this year that provide $3 billion in funding for Texas’ border security efforts, according to Abbott’s office.

The TIDC, which is tasked with providing legal counsel for those who qualify and request it, was awarded about $30 million, according to Geoff Burkhart the commission’s executive director.

Two state prisons have been repurposed by the Texas Department of Criminal Justice to house migrants on pretrial detention, per the department.

He testified that air conditioning is not required in Texas prisons but is required in jails that house people who have not been convicted of a crime. Clark said the electrical upgrades cost about $375,000 and the fuel for the generators being used is costing about $200,000 a month.

Abbott declined CNN’s request to discuss Operation Lone Star on camera and did not answer specific questions emailed about this story. Instead, his press office sent CNN a statement saying the Biden Administration is ignoring border communities.

“While the Biden Administration refuses to do their job and ignores the pleas of border communities for help, Governor Abbott continues working with state and local partners to surge critical personnel and resources needed to secure the border and protect Texans,” said the statement from Abbott’s spokesperson Renae Eze.

While many of the migrants have been released to federal immigration authorities and even back onto the streets they were taken from, others are waiting for their attorney, their charge, their day in court or their release.

“Many of us get depressed,” one migrant told CNN on Zoom. “We sit in our beds. We wake up to see we are trapped. They have us jailed and we don’t even know why.”