The Mosquito Fire forced her out of her home. Days later, another blaze threatened the town where she found shelter 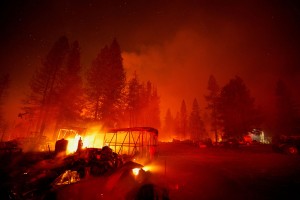 Last week, Janet Stickler was forced to evacuate the trailer she lived in as the Mosquito Fire, a raging blaze that has become California’s biggest this year, was inching closer to the community of Garden Valley.