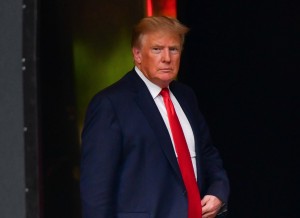 A New York judge has ordered former President Donald Trump to sit for a video deposition next week in a case involving an alleged assault during a 2015 demonstration outside of Trump Tower.

State Supreme Court Judge Doris Gonzalez has ordered Trump to appear for the deposition on Monday morning at the Trump Organization headquarters in New York City, “or in the event of illness or emergency,” on another agreed upon date before the month’s end.

CNN has reached out to attorneys for Trump for comment.

“After defendants spent years unsuccessfully fighting to keep Donald Trump from testifying under oath, we will be taking his testimony in this case on Monday. We look forward to presenting this case, including Mr. Trump’s video testimony, to the jury at his trial,” said Benjamin N. Dictor, a lawyer for the plaintiffs.

The judge order the parties to appear in court for a pre-trial conference on October 25, according to a court order.

The litigation revolves around a 2015 lawsuit filed by a group self-described as “human rights activists of Mexican origin” who were protesting Trump’s rhetoric on immigration in front of Trump Tower in September of that year.

The men allege that Trump’s then-head of security, Keith Schiller, hit one of the protesters, Efrain Galicia, in the head after Galicia tried to stop Schiller from taking their large cardboard signs, which read, “Trump: Make America Racist Again.”

The lawsuit alleges that when Galicia tried to hold onto one of the signs, Schiller ripped it away from him, tearing it to pieces.

Lawyers for the plaintiffs wanted to question Trump to discern whether he is responsible for his employees’ conduct outside Trump Tower that day.

The ruling is at least the second time a judge has ordered Trump to sit for a deposition since he left office, after Trump successfully postponed several lawsuits while he was president.

A different New York judge earlier this month ordered Trump to answer questions under oath by December 23 in the defamation lawsuit brought by former “The Apprentice” contestant Summer Zervos. Zervos accused Trump of defamation when he denied her allegations of sexual assault. Trump has denied the assault.