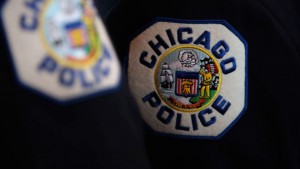 Up to half of Chicago’s rank-and-file police officers could be placed on unpaid leave because of a dispute between their union and Mayor Lori Lightfoot over a city requirement for officers to disclose their vaccine status.

The dispute in Chicago is emblematic of tension across the country between unions and employers as cities and businesses seek to enforce vaccine mandates. At least 228 officers have died of Covid-19 this year, compared to 245 last year, according to the Officer Down Memorial Page. Covid is the leading cause of death for officers despite them being among the first groups having access to the vaccine at the end of last year.

At least 120 officers in San Francisco will be off the street after failing to comply with the city’s vaccine mandate, CNN affiliate KGO reported. Eighty of the 120 police officers work in the department’s patrol division, San Francisco Police Officers Association vice president Tracy McCray said.

In a message to officers in Chicago, their union president framed the issue as an employment dispute between the city and the officers.

“I’ve made my status very clear as far as the vaccine, but I do not believe the city has the authority to mandate that to anybody, let alone that information about your medical history and change the terms of employment so to speak on the fly,” said John Catanzara, president of the local Fraternal Order of Police (FOP) lodge. Earlier this month, the former president of the union died of Covid. He served as president from 2014 until 2017.

Lightfoot said the city would take the weekend to check with officers who haven’t complied before putting them on unpaid leave, and that she didn’t think that would happen Saturday or Sunday.

The union president had warned it could happen as early as Friday morning. Lightfoot said officers should report for duty until they’re told by supervisors that they’ve been placed on leave.

Officers in Chicago have a deadline of midnight Thursday to disclose their vaccine status to the city or be placed on unpaid leave, Catanzara said.

“Come midnight on Thursday, slash Friday morning members will be forced into a no-pay status that did not complete the portal information or subject to testing thereafter — that’s their last position,” Catanzara said.

Catanzara said up to 50% of the officers could be placed on unpaid leave. Lightfoot’s office didn’t respond to a request for comment.

“If we suspect the numbers are true and we get a large number of our members who stand firm on their beliefs that this is an overreach, and they’re not going to supply the information in the portal or submit to testing, then it’s safe to say the city of Chicago will have a police force at 50% or less for this weekend coming up,” Catanzara said. “That is not because of the FOP, that is 100% because of the mayor’s unwillingness to budge from her hard line. So whatever happens because of the manpower issue, that falls at the mayor’s doorstep.”

Catanzara said the FOP would be seeking a temporary restraining order against the city that would stop it from enforcing the mandate. The unions representing police officers, sergeants, lieutenants and captains filed an unfair labor practice charge against the city.

Eric Carter, first deputy superintendent of police, asked officers to fulfill “their mission and duty as professional police officers. It is also our expectation that all officers will comply with the City’s Covid-19 mandate.”

“Members of this department who refuse to comply with the requirements may be subject to disciplinary action, up to and including separation,” Carter said.

Police said the department will be fully staffed going into the weekend.

Lightfoot, at a press conference Wednesday, said she welcomed a potential lawsuit from the FOP.

“He’s threatening litigation. I say, bring it,” she said.

Items belonging to Brian Laundrie have been found off a Florida trail that he frequented, a family attorney says