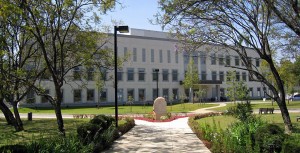 The US military has positioned US special operations forces in Djibouti to be ready to provide assistance to the US Embassy in Ethiopia if the situation worsens, according to one military official and two sources familiar with the movements.

The activation of some Army rangers from the 1/75 Battalion suggests that the United States is growing increasingly concerned about the deteriorating security situation as armed groups allied against the Ethiopian government have advanced south toward the capital of Addis Ababa.

In what a defense official with direct knowledge of the matters described as “prudent planning,” three warships in the Middle East have also been put on standby to provide support for evacuations if that becomes necessary, although State Department officials have warned that there are no plans to carry out a large-scale military-led evacuation in Ethiopia.

“There are no plans to fly the US military into Ethiopia to facilitate evacuations or replicate the contingency effort we recently undertook in Afghanistan, which was a unique situation for many reasons,” a senior State Department official told reporters Monday, stressing that US citizens should immediately depart using available commercial flights.

“We are always, of course engaged in contingency planning for hypotheticals, but again, with the airports wide open, there’s no reason for that at all,” they said.

This official emphasized that US citizens who need assistance in departing Ethiopia via commercial flights should contact the US Embassy, noting that it can provide consular services now “but we cannot predict when and if conditions might change.”

In early November, the State Department ordered the departure of non-emergency US government personnel and their family members from the US Embassy in Addis Ababa “due to armed conflict, civil unrest, and possible supply shortages.”

The defense official with direct knowledge told CNN Monday that three amphibious warships currently in the Middle East — the USS Essex, the USS Portland, and the USS Pearl Harbor — have been on standby and could be used for potential civilian evacuation efforts. The official said that, at this point, the US does not anticipate a widespread evacuation of Americans but concern has grown that even a small number might not be able to get to the airport and fly out commercially.

The US Embassy has issued frequent alerts warning US citizens to leave, and in early November the State Department raised its travel advisory for Ethiopia to Level 4: Do Not Travel and issued stark guidance for those who planned to travel or remain in the country, including drafting a will, leaving DNA samples with a medical provider, and appointing someone as a point of contact in case the individual is taken hostage.