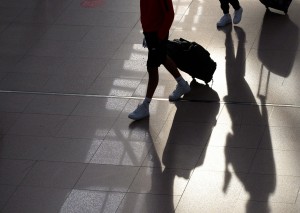 What are carbon offsets and do they work? 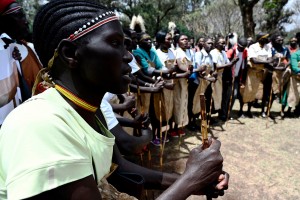 What are carbon offsets and do they work?

Companies and people who want to cancel out the impact of their emissions on the climate often turn to something called carbon offsetting.

So what is that, exactly? The idea is that any carbon emitting process, from a long-haul flight to electricity generation, can be offset by paying someone else to plant trees, preserve a forest or create renewable energy.

In other words: you can take that flight to Hawaii without harming the planet.

In principle, it’s a great idea, and one that helps people feel less guilty about polluting activities. The market for carbon offsets is expected to reach $200 billion by 2050, according to German bank Berenberg, making it a business with massive potential.

But the industry is still relatively young, and extremely complicated. Experts have cast doubts on the climate benefits of some offsetting programs, and there is no better way to protect the planet than by rapidly decarbonizing our energy systems and industries.

Carbon offsetting has its roots in the landmark 1997 United Nations climate accord, the Kyoto Protocol, where industrialized nations agreed to reduce their carbon emissions. That gave rise to “compliance systems” where countries and companies that have exhausted their carbon allotment can purchase credits from entities that have not used up their full allowance.

“The compliance systems work because it’s a legal framework and therefore companies have to work really hard to comply,” said Mark Maslin, a professor of Earth System Science at University College London. “It drives efficiency and gets companies to decarbonize in the most efficient and quick way possible because there are some industries that can decarbonize much quicker than others.”

But the system has its faults. One 2015 study by the Stockholm Environment Institute estimated that one mechanism devised to facilitate carbon credit trading has enabled 600 million metric tons of carbon dioxide equivalent more to be released into the atmosphere than “would have been if countries had met their emissions targets domestically.”

This is because several nations inflated their carbon emission targets at the outset, thereby creating large credit surpluses which they were then able to sell to allow others to keep polluting.

The teething problems did little to derail the idea of carbon offsetting, however. As the climate crisis rose in the public consciousness, so too did the desire for individuals and companies not subject to compliance schemes to offset their emissions through voluntary offsets.

The voluntary market is small, but growing fast. In 2020, consulting firm McKinsey estimates that around 95 million metric tons of carbon dioxide equivalents were offset, or more than twice the level in 2017. Although a large increase, that figure is still only around 0.25% of the 38 billion metric tons emitted in 2019.

“I think there is an appeal [to the public] because it seems like it’s some kind of easy way of dealing with a very, very complicated problem,” said Louisa Casson, senior political strategist at Greenpeace International.

Purchasing carbon offsets is indeed easy. Many airlines offer consumers the option to offset flights for a small additional fee. Meanwhile, more and more food and even some oil products are being labeled carbon neutral because producers offset the associated emissions.

Voluntary offsets are not, as yet, overseen by any regulatory body.

“In the voluntary carbon market space, there is very, very little regulation if any. It is a sort of Wild West,” Casson said. “That means we are seeing widely differing standards.”

Criticism of the voluntary market usually concerns the methodology by which carbon savings are calculated.

For example, some offer credits for preserving an existing forest — not planting a new one. The models predict how much of a forest would have been cut down if it was not protected, and then calculate the carbon benefit of saving the trees. That can be then sold as a credit.

There’s a lot at stake. Around 12% of global emissions are caused by deforestation and forest degradation, according to the International Union for Conservation of Nature.

But the models are notoriously unreliable. One study published in the Proceedings of the National Academy of Sciences of the United States of America analyzed the effectiveness of certain carbon offset projects in the Brazilian Amazon. The study found three quarters of the forest protection areas “are unlikely to represent additional emission reductions” due to continued deforestation.

Then there is “Climate Colonialism,” where the needs of wealthy outsiders looking to offset are prioritized over those of indigenous peoples. For example, a report by Amnesty International revealed the Sengwer people of Kenya were violently forced from their homes in the Embobut forest and dispossessed of their ancestral lands as part of a government plan to reduce deforestation. A representative from the Kenyan Forestry Service justified the evictions to Reuters by saying: “We need to protect the forests. They are not supposed to be in the forest. It is against the law.”

When done well, however, offsets can be a lifeline to carbon absorbing ecosystems under threat from human encroachment.

When Covid-19 hobbled the tourism industry, many protected areas around the world lost a major source of their conservation funding. Yet in the Chyulu Hills of Kenya, the loss of ecotourism income was more than made back by carbon offsetting projects, allowing authorities to hire more rangers to tackle poaching and deforestation, according to Conservation International.

As well as locking up the carbon stored in trees, conserving and reforesting woodland benefits biodiversity, improved soil health, and protects against erosion and flooding.

Ultimately, however, offsets can only do so much to prevent climate change.

“We have to be very careful when we look at carbon offsets because they are an additional bonus when we’re dealing with climate change, but they are not the solution,” Maslin said. “Reforestation or rewilding of the world can only go so far … The solution to climate change is rapid decarbonization of our energy systems.”